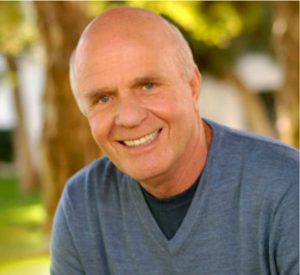 I was rushing around Sunday night getting my girls settled before the start of Bachelor in Paradise (please refrain from judgment) and I was looking for toothbrushes. My little Mary does not understand why, in her perception, I’m “always asking her to brush her teeth”. I explain that asking her to brush twice a day is a pretty standard procedure in most households. She disagrees. I stood with my three girls in the bathroom as they rocked out to the only reason why Mary still has teeth in her head – a toothbrush that plays a One Direction song while she brushes so that she can dance along side her sisters.

While in the bathroom, I got a text from Heartworker Kelly that brought me to tears. One of the greatest spiritual teachers on the planet had died. Wayne Dyer was one of the most brilliant and truthful souls alive and his children posted that “he left his body, passing away during the night”. My heart is broken wide open that he is no longer walking around spreading some of the most direct love from God that we could ever hope to experience.

I was introduced to Wayne Dyer when I lived in Telluride, CO when I was 21 years old. I would listen to his audiotapes on my Walkman as I wandered through the magnificent San Juan Mountain range. His calming voice and the assurance he offered that “we are not human beings having a spiritual experience, we are spiritual beings having a human experience” affirmed the way I had always viewed life. My year in Telluride was a time in my life that I was just about as lost as I could be. I had loved college and it was over. I loved my family and my wallpapered bedroom in Bernardsville and yet had moved to Colorado. I was in the in-between space of no longer being a kid but by no means did I feel like an adult. I had ideas about my future but all of them terrified me. I was in love with two boys at the same time, one had been my whole world on a tiny New England campus for the past four years, and yet the second one made me feel more at home than I had ever felt in my life.

I was at a crossroads and stumbling with every step. Listening to Dr. Dyer’s voice of clarity coming through my yellow Sony head phones calmed me. Although I was not yet able to practice what he was teaching about trusting God, staying in the moment and meditation, I was still comforted by the ideas. Life felt like it was swirling around me and all I could do was watch it pick up everything I thought was permanent and either destroy it or place it somewhere that was completely unfamiliar. My anxieties kept telling me I could not quiet myself enough to meditate, but just the fact that there was such a practice, just the fact that there was someone like Wayne Dyer who saw beyond the veil of the Earthbound world gave me great hope. I would listen to him and say “YES, YES, I always knew that was true!!” He gave affirmation to the parts of myself I had not yet come to understand. I understood him and felt that if we met, he would understand me too. This is a very comforting feeling for a 21 year old girl walking away from the expected path, walking away from all that she had come to know and walking alone in the San Juan mountains.

Years later, long after I had chosen the right man for me, moved back to New Jersey with him and had two of our three baby girls, I was watching Dr. Dyer on PBS and was glued to the TV, hanging on to every word he said. During this particular broadcast he was up on stage and introduced a woman named Immaculee IIbagiza. Immaculee survived the 1994 Rwandan genocide huddled in a bathroom with seven other women for 91 days….YES 91 DAYS IN A BATHROOM WITH 7 OTHER WOMEN.
Rwandan genocide?? When the hell had that happened??? In 1994 I was drinking craft beers on a rooftop bar in Boulder, CO….nobody ever mentioned a GENOCIDE IN RWANDA!! And if they had, I would not have even known where Rwanda was…Jackass. JACK- ASS.

With this single introduction of Immaculee on PBS, Wayne Dyer transcended my life yet again as I gazed upon another great teacher. As I looked at her, my mind filled with shame at my 25 year old, 1994 self that was choosing which homebrew to have with my burger while Immaculee’s 22 year old self was hiding in a bathroom while her two brothers, parents, grandparents, aunts and uncles were among the one million people being murdered in a genocide I didn’t even know was taking place. I walked up to the TV and placed my hand on the screen. I told my new teacher Immaculee that I was sorry about what happened to her and that now that I knew about her 91 days in the bathroom and the loss of her family, I would help her spread her message of forgiveness and hope.

So the reason why I am telling you about Wayne Dyer and about Immaculee is because both of them are entwined in the beginning story of Heartworks. Dr.Dyer because he spoke about all the things I ‘ve always thought to be true but was too young and insecure to believe my own truth. He was part of the fabric of support I had in younger years that helped me understand and navigate the truth of spirituality and in turn be able to eventually create the concepts of Heartworks. After I read Immaculee’s book, “Left to Tell; Discovering God Amidst the Rwandan Holocaust” I was obsessed with her and how she came to be able to forgive the men who killed her family. I spoke about her at meetings. I gave her book to my friends. And when I learned that she was speaking in New Jersey, I took a carload of Heartworkers to go see her. After the presentation ended the audience was encouraged to stand in a 3 ft x4 ft replica of the bathroom with 7 other people to get an idea of the cramped space she lived in for 3 months. Ummmmmmm…. Even though the replica only went up to my knees, I felt claustrophobic after a minute and it put every single thing in my life in perspective.

The second we get in the car I announced “WE NEED A REPLICA OF THE BATHROOM FOR HEARTWORKS MEETINGS!!!” and by the next month’s meeting my friend Shellie had made me one (thank you Shellie). Starting that month, every time you came to a meeting I greeted you at the door by saying “Hello, welcome to Heartworks, in an attempt to keep our problems in perspective, please grab a glass of wine and go stand in Immaculee’s bathroom with 7 other people!!” This was back in the days when we had Heartworks meetings at people’s homes and every month I would lug the replica to the host’s house, set it up and force people to stand in it!!! I love that even though I was a crazy woman with a 3 ft x 4ft bathroom replica, most of you kept coming back and stood in the bathroom!!

Since then, numerous Heartworkers have read Left to Tell and have had their lives transformed. So this is why I grieve the death of Wayne Dyer. A man I never met, but whom I adored. He was a pebble thrown into my lake over 25 years ago and the ripple it caused was a major part of how and why Heartworks came to be in the aftermath of September 11th.

Today I pray for everyone who is grieving and honoring him. Especially Immaculee, who remained dear friends with Dr. Dyer and continued to travel with him to speaking engagements. I also pray for my famous pretend friends Oprah, Deepak Chopra and Ellen DeGeneres who love him dearly.

When my girls gather at Mary’s tooth brushing dance party tonight in my bathroom that is twice the size of the Immaculee’s (but I have been known to complain about) I will think of her and Dr. Dyer and the impact they have both had on our group and I will say thank you while One Direction plays in the background.

Reflection: If you are struggling with the idea of forgiveness, please read Left to Tell, It will help you. Attached is the PBS episode when Wayne introduces Immaculee, if you watch it, it may be most impactful 14 minutes you spend today.

The Heartworks Cure for Boredom