With loss, grief & crisis, all masks and facades drop and people feel connected to each other. 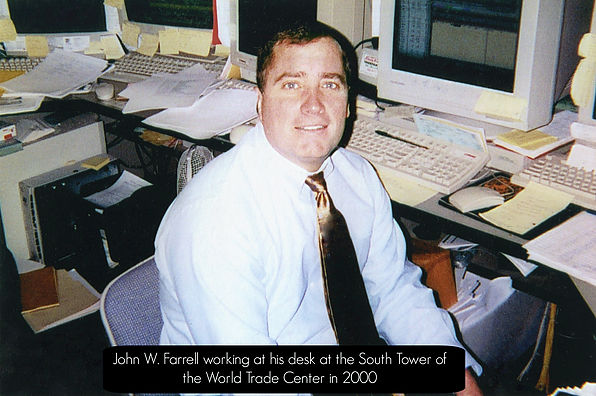 Thank you so much for visiting our website. I want to share with you a little bit about how and why Heartworks got started.
On the morning of September 11, 2001, I had just finished giving my daughter a spoonful of yogurt when the phone rang. It was my brother asking me if I had the television on. Life as my family knew it changed between that spoonful and the next. My brother-in-law, John W. Farrell, would not come home from his job at the World Trade Center. My sister Maryanne had dated him since she was 16. They were married with four children, Kaitlin, Patrick, Molly and Colin. John had been like a member of my close-knit family since I was seven years old.

There are no words to describe the agony and numbness of that first year. I watched my sister struggle to catch her breath each morning. Day after day, my family organized the notes, flowers, donations, religious mementos and food that were brought to the house. Kids from California sent change from their piggy banks and money earned from mowing lawns. Funds were set up, car pools were formed and meals were delivered through April of that year.

I remember a sensation of sinking, usually when I would wake up at her house each morning and remember what life had brought to us. By the time I walked downstairs, coffee had been delivered and there would be a neighbor raking leaves. The phone would begin to ring and would not stop until long after the kids had fallen asleep. I stopped several times a day to say a silent “thank you” for the friends, neighbors, professionals and complete strangers who were reaching out to her. While the rest of the world may remember images of crashing planes and burning buildings, my nieces and nephews have memories of teddy bears made from their father’s shirts, games and candy being delivered to the front door, and hugs whenever they left the house. The show of kindness from all over the world would have brought us to our knees if we were not already there.

I cannot remember when it was exactly, but I remember clearly saying to myself that when we have our feet solidly on the ground again, I would spend the rest of my life paying forward all the kindness shown to my family. How could I not? My silent “thank you’s” needed to be said out loud and often, in a way that would benefit the world the way this kindness had affected my sister. September 11th was a very public tragedy, but people live every day with private or less known struggles. I wanted to create a way of life that encouraged people to pay closer attention to these struggles and to the power of healing available through giving. I knew that the scope of what I wanted to do would be impossible to accomplish on my own. I did not have the time, money or energy to pull off all the ideas I had. I knew I would need a group of people committed to the same ideas to bring these ideas to light. We had moved back home to New Jersey from Colorado in March 2003. I was craving deep friendships and a focus on the common good as a means to move forward with my life after the compassion I had been privy to. The mission of Heartworks, from the very start in 2005, was to maintain the sense of connection and overt kindness our country had experienced through the terrorist attacks. I dare say that I believe we have succeeded.

I’m encouraged that you’re visiting our website. It’s here for you to use in your own life. Use any idea or inspiration that you find here in your own circle of friends, family and community. I have come to understand after 15 years that we all have the capabilities to be a Heartworker, all that is needed is a willingness to reflect upon our own humanness, vulnerability and the part we play in the bigger picture of our humanity. 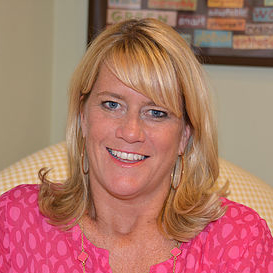 Megan McDowell is a mother of three daughters and lives in her hometown of Bernardsville, New Jersey with her husband, Eddie. She is a licensed social worker and had a private practice specializing in grief therapy for 12 years before starting Heartworks. Megan is a public speaker and shares her experiences of loss, renewal and the power of receiving and giving.

Click below to listen to Megan’s discussion with Beth Bell about how Heartworks began.